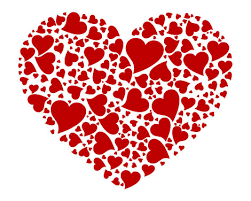 The novel focuses on relationships Tom and Daisy, Tom and Myrtle, Gatsby and Daisy, Myrtle and Wilson and Nick and Jordan. From the opening chapter we are made aware of problems in Tom and Daisy’s relationship from Myrtle’s ‘shrill metallic’ interruption on the telephone. Fitzgerald ensures all the key players in the novel are present at the Buchanan’s dinner party – apart from Gatsby. However Gatsby stands alone at the end of the chapter reaching out towards the green light revealing his detachment from the real world.

10 Key quotations on the theme of love

1. She used to sit on the sand with his head in her lap by the hour, rubbing her fingers over his eyes and looking at him in unfathomable delight. It was touching to see them together.

2. Unlike Gatsby and Tom Buchanan, I had no girl whose disembodied face floated along the dark cornices and blinding signs…….I drew her up again closer, this time to my face.

Fitzgerald raises many questions in the reader’s mind about Nick’s sexuality and the range of relationships he has with women throughout the novel. He called one relationship ‘a tangle back home’ implying he has a fear of commitment and the disapproval of others.

Fitzgerald reveals Daisy’s misgivings about marrying Tom and her response to Gatsby’s letter. The pearls are extremely expensive and they represent the lifestyle that Tom can offer in comparison to the fantasy with Gatsby.

4. He knew that when he kissed this girl, and forever wed his unutterable visions to her perishable breath, his mind would never romp again like the mind of God.

Fitzgerald shows that Gatsby feelings for Daisy are intense more on the side of infatuation; extreme obsession and delusional. The narrator sees his commitment as religious devotion.

5. There must have been moments even that afternoon when Daisy tumbled short of his dreams – not through her own fault, but because of the colossal vitality of his illusion.

Whenever Daisy is compared to Gatsby’s vision she falls desperately short. She appears shallow, vain and empty. Fitzgerald explores the nature of dreams they are intangible and firmly based in the imagination; the possibility of what could be gives the dreamer hope.

6. She had told him that she loved him, and Tom Buchanan saw. He was astounded. His mouth opened a little, and he looked at Gatsby, and then back at Daisy as if he had just recognized her as some one he knew a long time ago.

Fitzgerald highlights the double standards in a patriarchal society. He has grown accustomed to the effect Daisy has on other men; he is astounded that she is reciprocating this love to a man he believes is beneath him.

7. Oh you want too much! She cried to Gatsby. ‘I love you now — isn’t that enough? I can’t help what’s past.’ She began to sob helplessly. I did love him once — but I loved you too.

These words delivered by Daisy after an intense afternoon showing the competitive nature of both Tom and Gatsby. The love story has come to an end because Gatsby is an over-reacher; he wants Daisy to say she never loved Tom. Thus allowing him to repeat the past as if Tom was a 5 year mistake. The woman who bravely revealed her love at lunch is now helpless when faced with a choice.

8. He hadn’t once ceased looking at Daisy, and I think he revalued everything in his house according to the measure of response it drew from her well-loved eyes. Sometimes, too, he stared around at his possessions in a dazed way, as though in her actual and astounding presence none of it was any longer real. Once he nearly toppled down a flight of stairs.

Materialism and consumerism are themes explored in the novel particularly through the character of Gatsby. He is compared to a man in an advertisement by Daisy. The clothes, the house, his car and his invented past are all to impress Daisy but they are meaningless in Daisy presence because the dream can’t match reality.

9. Gatsby was overwhelmingly aware of the youth and mystery that wealth imprisons and preserves, of the freshness of many clothes, and of Daisy, gleaming like silver, safe and proud above the hot struggles of the poor.

Fitzgerald shows through Gatsby the corruption of the American Dream as Gatsby reveals through his description of the past that he is more in love with Daisy’s social status, her house and her wealth. The abstract values of life, liberty and the pursuit of happiness have been replaced by empty materialism and consumerism.

Fitzgerald uses Jordan as the readers mouthpiece to question Nick’s reliability as the narrator. He has told the reader directly that he is ‘the most honest person he knows.’ Yet his whole narrative shows his hypocrisy. He enters into a relationship, whilst attached to another woman. He is more concerned about how he appears rather than how he truly feels.